The Art of Marco Hernandez

In issue 87.3/4, NDQ was honored to feature ten prints from the artist Marco Hernandez. Hernandez’s work drew upon both his Mexican upbringing and his experiences in the United States as a Mexican-American. The print “Regando el Maiz y el Nopal” appeared on the cover of the Quarterly. 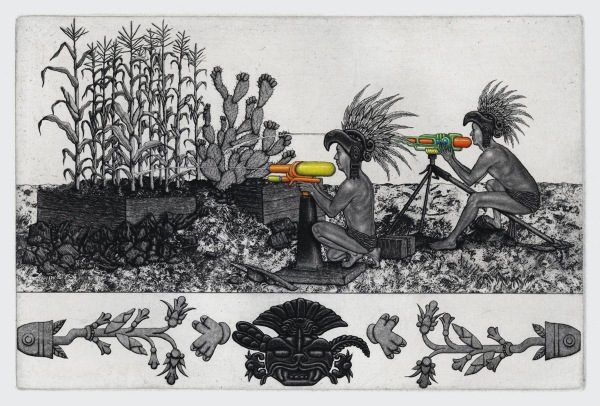 His work used his distinctive style to engage with the complicated character of Mexican identity in a transnational context and to offer contemporary political commentary. While we were only able to publish his prints in grey scale in the paper version of the Quarterly, Hernandez has generously allowed us to publish them here in color. As is obvious below, in many cases his use of color sharpens the edge of the political and cultural critique present in his prints. For more on Marco Hernandez, check out his website here and this interview here. We include his artist statement below.

As you likely know, these days are particularly challenging for many cultural institutions, publishers, and little magazines. If you can, consider buying a book from a small press, subscribing to a literary journal (like our UNP stablemate, Hotel Amerika), or otherwise supporting the arts.

We are currently only reading fiction and will start reading poetry and non-fiction again in March. If you have a story, we’d love to read it and you can submit it to us here. If you already subscribe, you should have received your latest copy of NDQ in November or December. If you’d like to subscribe, please go here.

My current body of work explores issues associated with the societies and politics of contemporary Mexican and Mexican American Cultures. I am inspired by my personal experiences growing up as a Mexican immigrant in California and the Midwest. Mexican and Mexican American symbols play a large role in my prints. The symbols span from ancient Mesoamerican imagery to contemporary popular culture items, such as the Valentina hot sauce. Life experiences and a traditional Mexican upbringing have influenced my thoughts and beliefs; and ultimately have been inspirational to the imagery and meaning in my current work.

I immigrated with my family to the United States when I was very young. I was introduced to a new culture, language, and other struggles that would have to be overcome. I felt a loss of my cultural roots during these early years. While living with family in the United States I watched Spanish news programs that would report about Mexico’s social problems, generally caused by corruption and drugs. These experiences influenced my thoughts and beliefs about my unique personal identity. Being born in Mexico and raised in a traditional Mexican family has taught me to be proud and embrace my roots.

The art of printmaking provides me with a flexibility of technique and process necessary for my content development. Experimenting in the studio is as important as historical research in my search for content and ideas. The initial inspiration for my current work comes from several sources, including black and white photographs of the Mexican Revolution (1910-1920), Francisco Goya’s Los Desastres de la Guerra (Disasters of War) etchings (1810-1820), and contemporary interpretations of Mexican folk legends. With these images in mind, I use printmaking to visually create powerful and interesting compositions with an emphasis on highly delicate printmaking techniques. Inspiration, technique, and print medium may vary between prints but my curiosity, hard work ethic, and patience always remain constant. 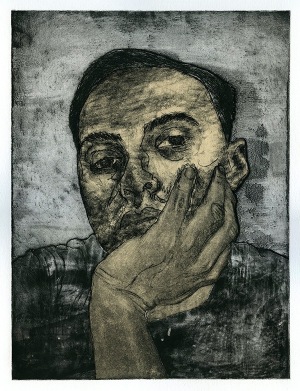 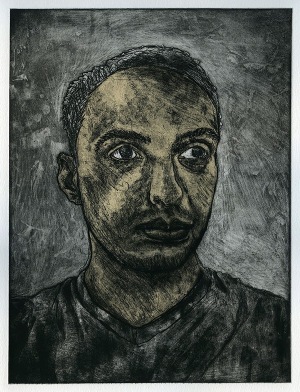 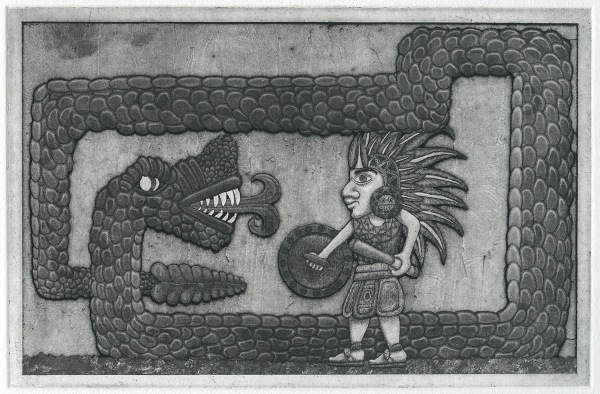 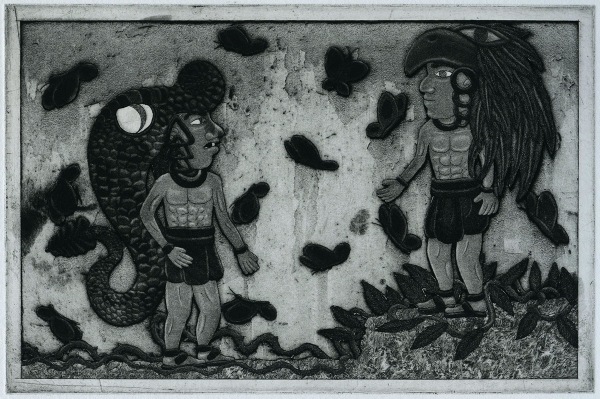 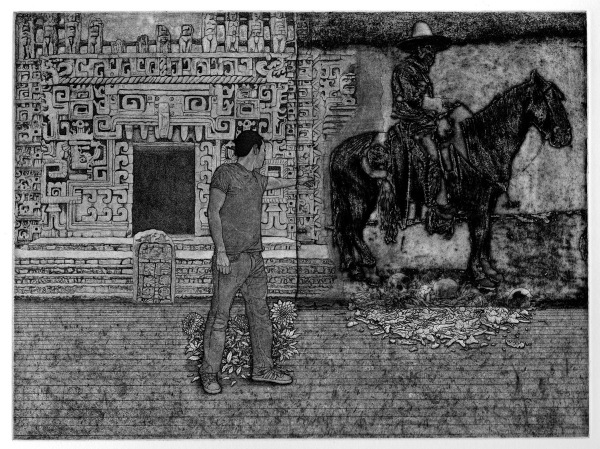 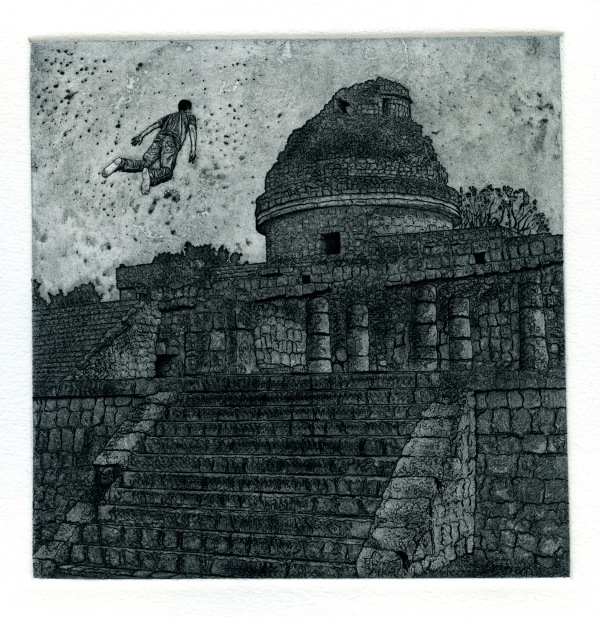 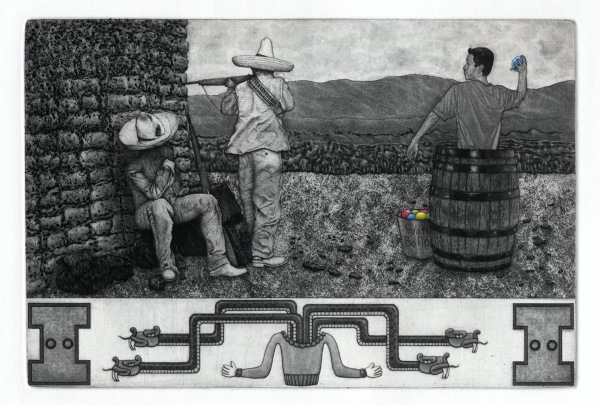 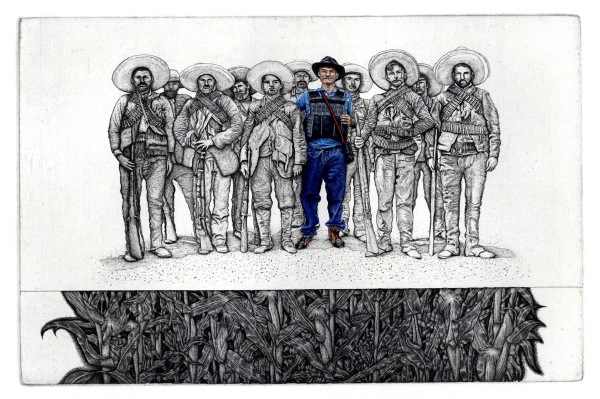 Mr. Hernandez’s work has been exhibited in many national and international exhibitions which include the International Print Center New York, Delta National, Americas: Paperworks/All Media, and the Atlanta Print Biennial. His work has been exhibited in several countries including Mexico, Canada, Colombia, Poland, and Croatia and has received numerous awards including purchase awards, merit awards, best of show, and solo show invitations. Mr. Hernandez has also received two artist fellowships and has attended several artist residencies including the Vermont Studio Center, Zea Mays Printmaking, and Arrowmont School of Arts and Crafts.

The theme and imagery in his work relates to his culture and unique upbringing in the United States. Mr. Hernandez is very optimistic about his future as an artist and educator; he is determined to keep making art for the rest of his life.