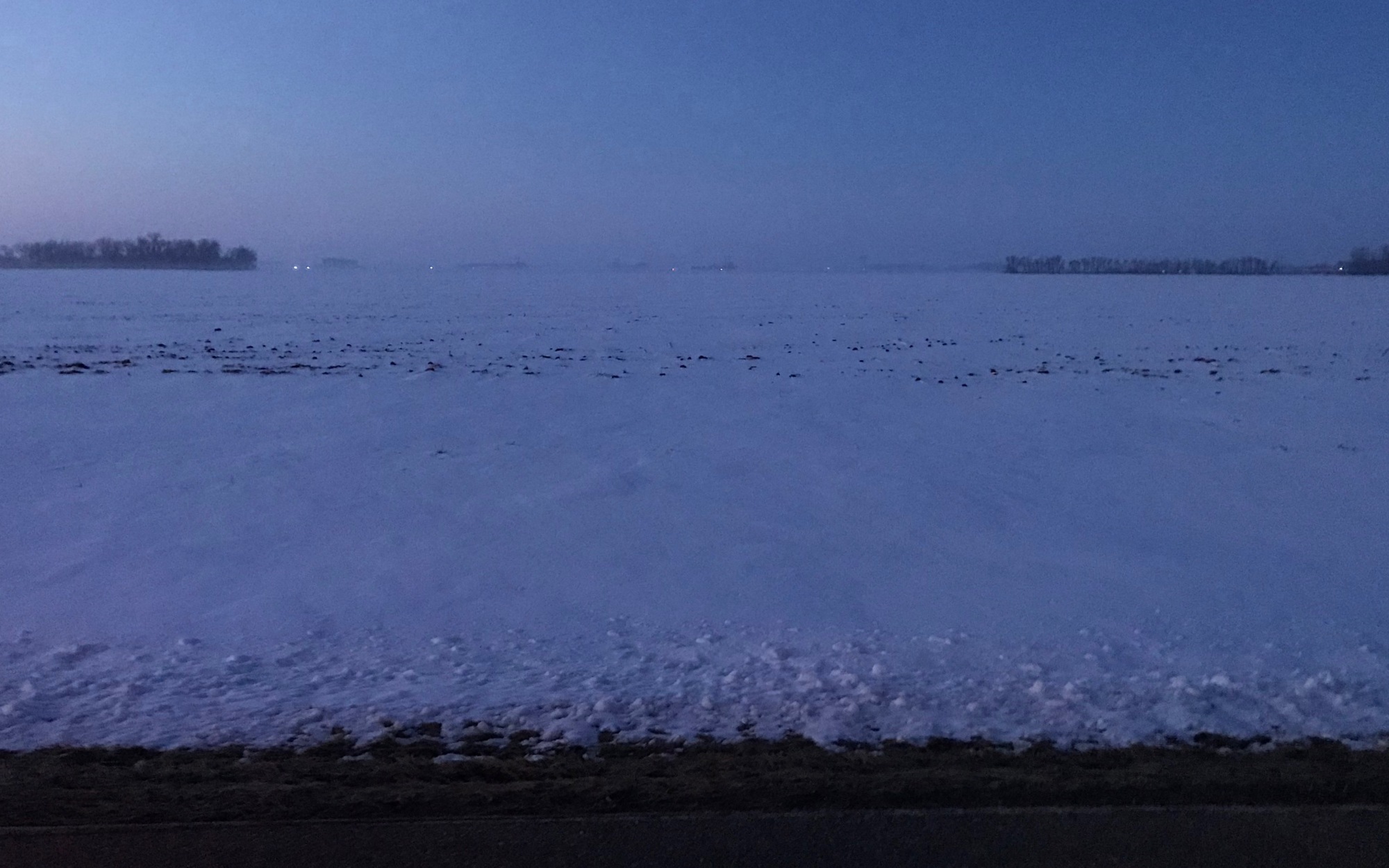 Letter from the Snowfields

Letter from the Snowfields
Cody Deitz

It came from out across the fields
before the sun, the fog like whipping cream into water—

a coyote calling out who
in its rising melancholy yowl.

My eyes pulled to the field from where it came—
crop rows worked into lines
bending ’round the old growth trees,

the fingerprint of some primeval giant.
And then another yip-howl out from the frosted grass,
an illegible answer—

I stood between them, mute in my humanness,
standing stock-still, the hair on my neck the only reply

to this ancient language, this tooth and claw answer and call.

Cody Deitz is a California native who now resides in Grand Forks, North Dakota, where he is a PhD student in English at the University  of North Dakota. He is a recipient of the Academy of American Poets University Prize, and his poetry has been published or is forthcoming in various literary journals, including Ellipsis, Literary Orphans, NAILED,  North Dakota Quarterly, and others. His chapbook, Pressed Against All that Nothing, is available from Yak Press.