From a very early age, I was infatuated with the literary world. Before I could read anything other than picture books, I was writing my own with printer paper and crayons. Despite the fact that they never made much sense, I would insist that my parents and older sister read them. I remember a program that my elementary school library did, where you logged the amount of hours that you read at home, and if you reached a certain amount of hours you’d be named a “reading whiz” and have your picture taken and hung on the wall in the library for everyone to see. Every month, I exceeded that number of hours. I became a member of the “advanced reading club” and was allowed to check out books that other people in my class weren’t. 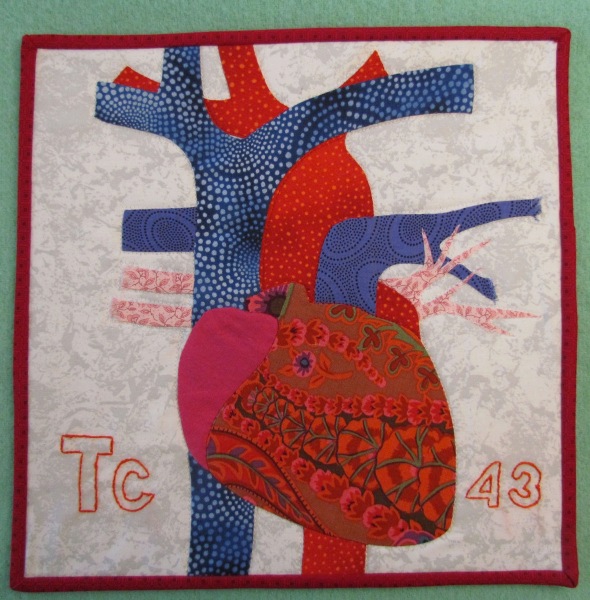 Another thing that I remember from elementary school was my fourth-grade science class. I found myself unable to comprehend the concepts, and arguably from that class on, avoided away from the sciences. In fifth grade, I was placed in the intermediate math class—the lowest of the three levels. From then on, I was always in the lower level math and science classes, while most of my friends were in the higher level ones. A group of teachers got together when I was only ten years old and decided that I wasn’t good at math or science, and I believed them. Now, as a senior at the University of North Dakota, about to finish my bachelor’s degree in English, I still view myself as someone who is bad at math and science. I hear the words “chemistry,” “elements,” “equation,” and “statistics,” and it’s like a switch is flipped. Maybe it is because of my elementary school days where it was decided that I needed extra attention in those types of classes, or maybe it’s just the way my brain is hardwired, but science has always made me feel inferior. So when Kate, my boss at NDQ, told me that we were doing an “Arts and Sciences” issue (which has just appeared as NDQ 80.4-82.4), my immediate reaction was one of confusion. I couldn’t see the connection between something that I have always loved, literature, and something that I’ve always been afraid of, science. Little did I know, the two overlap in quite a few areas.

One of the first submissions that I read for the Arts and Sciences issue was called “Fiber Artists Interpret the Elements.” Kate asked me to do a small write-up or reaction on why or why not it should be included in an issue focused on Arts and Sciences. I read the submission suggestions and the goal of the issue and got to work. Once I got into the essay, and realized what its message was, I realized that I felt the exact same way.

The essay, by Virginia Dambach and Kim Baird, is about a group of women who decide on a project to create the periodic table in a more artistic sense. Each member initially chooses an element, interprets it in a unique way, until they begin to realize how much they enjoy learning about each element and can’t wait to pick a new one. Although they are learning about the periodic table of elements, they are doing so in a way that is less science-geared and is more personal and creative. To me, this concept was incredibly important. I thought back to my early elementary school classes and if my teachers then had taken a less lecture-based approach, or hadn’t grouped me in a lower level class just because I didn’t understand the concepts right away, I may have had a much more positive outlook on the sciences.

I can remember multiple instances in high school where we were taught about the elements, or told to research one and present it to the class. The difference between these lectures and assignments and “Fiber Artists Interpret the Elements” was that we were not allowed to stray away from the scientific importance of our particular element; we were to present on how it affected the science world, and nothing more. I now look back on these instances and can’t remember one solid thing about any of the elements, not even which one I researched personally. The information didn’t stay with me because it was presented to me in a way that I couldn’t process well.

At the very tail-end of my college career, I am just now realizing that it is possible for me to understand these scientific concepts, I would just have to learn it in a different way than what is normally assumed as the right way to teach it. “Fiber Artists Interpret the Elements” made me realize that it is all about the approach, and the understanding that every person does not learn in the same way. The essay connects incredibly well to the merging of arts and sciences because the authors discuss artists learning about the elements on the periodic table through their chosen means of art. Not only is the essay incredibly relatable, it is also very thought-provoking. It brings up questions of the education system in our society, and also the idea of intermingling the sciences and the arts. If my teachers had approached the more difficult topics in a way that each student could learn based on their personalities and different learning styles, it may have made it easier for those of us who were not scientifically inclined.