This piece portrays the movement of two families, both caught up in transnational border policies.

Transnational borders within the United States of America are crossed daily—no need for a passport, no luggage or car searches, no checkpoint questions, at least not directly. These borders are in place because American Indian tribes, through hard-fought military and legal battles, retain their status as sovereign nations. The over three hundred tribal nations within the U.S. constitute over twelve hundred transnational boundary lines. Within these boundaries, the federal government authorized the taking of over ninety million acres through the General Allotment, or Dawes Acts (1887, 1898), and the Land Acts (1909, 1910). 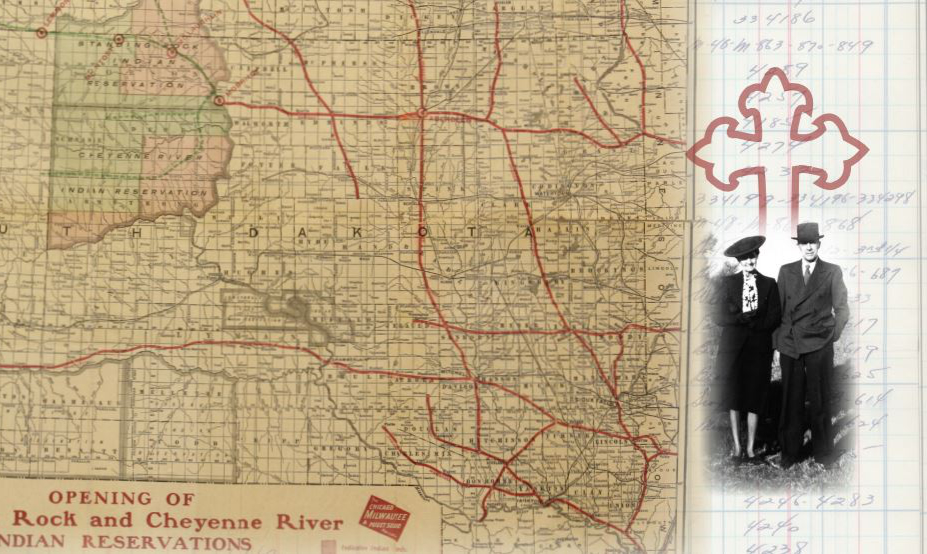 European settlers, spurred by government and industry promises of economic prosperity, and without understanding tribal jurisdictional issues, crossed these borders. My own ancestors were among them. Literal “stakeholders,” they were participants with the tribal members in a social experiment to assimilate American Indians and eradicate their cultural and social traditions. This legacy continues to shape transnational dynamics today. With my art I try to raise some necessary questions at the borders between Indian Country and the United States.