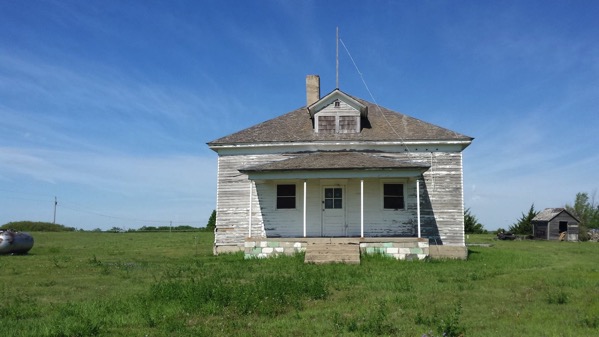 Nicodemus, Kansas: A State of Mind

Nicodemus, Kansas has a unique place in American and African American history as the first all-black settlement in Kansas, a community built starting in 1877 as a self-defined sanctuary for African American citizens seeking to escape from the post-Civil War white violence in Kentucky and elsewhere.

Nicodemus today is a National Historic Site managed by the National Park Service, a moving tribute to remarkable history and well worth the drive to north central Kansas.  Here is the NPS site’s timeline with more detail regarding the Reconstruction era context for the settlement of Nicodemus.

But Nicodemus today is also a community still occupied by a few descendants of the first inhabitants, and a physical place holding several thousand people together today in spirit and memory, not only through annual reunions for a diaspora of former residents and their families, but also as a place of communal meaning, or as resident featured in the film at the National Park Service visitor center put it, Nicodemus is not only a physical place but “a state of mind.”

Historian Nell Irvin Painter wrote a detailed history of not only these early African American settlers, but the important Reconstruction contexts for their decisions to leave the American south in the years following the 1876 collapse of federal Reconstruction.  Exodusters: Black Migration to Kansas After Reconstruction provides an excellent analysis of the migration to Nicodemus and elsewhere.

Recent scholars have also analyzed the religious history of the site, clearly a central focus in the settlement from its earliest days and a source of important meaning for the extended Nicodemus community today.  Here’s an excellent article in Great Plains Quarterly on the township name and its theological and political significance: “Naming a Place Nicodemus,” by Rosamund C. Rodman. 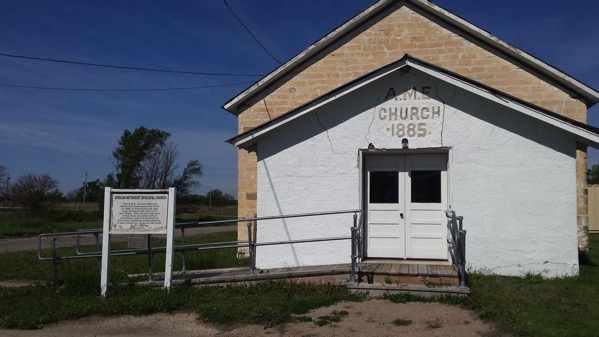 The history of Nicodemus is also embedded in the 19th century forced displacement of American Indian tribes, especially as various “Homestead” acts opened land for settlements that, in the case of Nicodemus, were simultaneously emancipatory for settlers yet  built on land forcibly expropriated from other communities.  What became a cherished opportunity and symbol of freedom for the Exodusters was, and remains, a symbol of displacement and loss for tribal communities.

In light of that history, it is especially significant that descendants of the Exodusters like Angela Bates have not only documented cooperation and aid offered to early settlers in Nicodemus by regional tribal members, but these descendants have also made efforts at reconciliatory dialogue in our time with descendants of displaced American Indian people.  Here too, the people of Nicodemus, past and present, invite us to a “state of mind,” a state of historical consciousness, as we grapple with the always contradictory realties of history.

Top photo is of Nicodemus Public School #1 at the Nicodemus Historic Site. Photo by Sharon Carson.