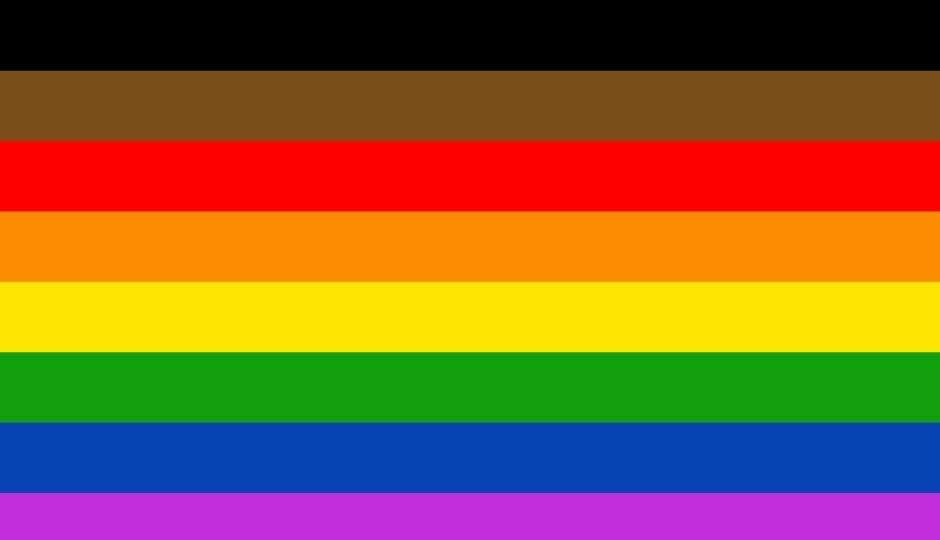 The Gay as Pariah

This week marks the 50th anniversary of the Stonewall rebellion in New York City, which began as a citizen uprising against constant police harassment.  On June 28th, 1969, at a gay bar called the Stonewall Inn, a wonderfully motley crew, in the “motley pride” sense of the word, declared that enough was enough.

The street rebellion erupted when the patrons of the Stonewall Inn refused to be arrested during a raid and fought back against the police with fists, rowdy chants, and surging lines of protestors. They kept up this resistance for several days and nights, culminating in a police retreat and an impromptu march for gay rights.

“Stonewall” has often been referred to since as the spark that ignited the gay liberation movement in the United States.  As with all historical events, the passing years have left varied memories and multiple interpretations of what Stonewall meant then and represents now.

It’s been especially interesting over the last few commemorative weeks to see articles, literary works and films putting some good pressure on an oversimplified “it all started with Stonewall” narrative. Which is not to diminish the importance of Stonewall, but rather to understand that like all street rebellions which might seem from a social distance to erupt suddenly “out of nowhere” into broader public view, this one came from somewhere.  It was no surprise to the fed-up people to whom it was no surprise.

Its immediate context included the overlapping political knowledge, organizing energies and activists from the black civil rights and other racial justice movements, the anti-war movements, and the tired but resolved legions of gay bar patrons, displaced street kids, drag queens, and closeted gay citizens and soldiers no longer willing to endure unrelenting social and legal harassment.

Ed Pilkington’s recent piece in The Guardian offers a pithy context-setting summary of the social and legal status of gay folk in the United States at the time:

“Just being gay then was to be a criminal,” said Tommy Lanigan-Schmidt, an artist who lived then as now in Manhattan. “Liberals would say you should be given electroshock treatments which they thought was being nice; conservatives would simply throw you in jail.”

Public repression of open expressions of gay life in the American 20th century was aggressive and far reaching. The toll in private suffering was immense.  Police raids on gay bars and other hangouts often wrecked the lives of those arrested.  This was well documented in the 2011 American Experience episode “Stonewall Uprising,” which PBS has made available for “anniversary” streaming online.

As the film shows, people lost jobs, families, homes, and for some, the ability to continue with life, as distraught people committed suicide in the wake post-arrest social ostracism. Other lives were lost in the depressive aftermath of “psychiatric treatment,” which in many cases was essentially legalized torture in mental hospitals.

This movie offers a stark and clarifying illumination of why, for many Americans past and present, “the law and the police are too often not our friends.”

Other journalistic pieces of late have also emphasized not only the pre-Stonewall social contexts of gay oppression but earlier gay rights organizing and outbursts of resistance.  It’s a huge topic, but just as one example, here is Linda Hirshman’s excellent piece in the LA Times: “Stonewall was a milestone in the fight against homophobia, but not the starting point.”  Hirshman discusses not only earlier events of gay resistance in Los Angeles, but also other important social contexts leading up to Stonewall, including the so-called “Lavender Scare.”

The 2017 film The Lavender Scare has just been re-released into wider circulation, including a run on PBS.  The film portrays the federal persecutions, “witch hunts” (the real kind), and purges of gay employees throughout the federal government, beginning in the 1940s and persisting until the formal repeal of “Don’t Ask, Don’t Tell.” Like “red-scare” tactics used against the black civil rights movement, the lavender scare was an orchestrated persecution of American citizens under the guise of protecting “national security.”

The film is based on David K. Johnson’s meticulously detailed book The Lavender Scare: The Cold War Persecution of Gays and Lesbians in the Federal Government, which among other things reminds all of us of the persisting threat of scapegoat politics aligned with aggressive law enforcement tactics. More on that later.

Another film coming into re-release and highlighting the “pre” of Stonewall is Before Stonewall: The Making of a Gay and Lesbian Community.  Here’s a description from the LA Times review:

A new literary and journalistic collection, The Stonewall Reader, is just out too, and it emphasizes the wide range of people involved in the broadly defined “gay rights” movement of the middle to later 20th century. The collection offers insight into the inevitable differences of experience among activists, the inevitable arguments about strategies and tactics in such a broad movement, complete with failures and successes.

Here is a good review of the project by Spencer Kornhaber. Kornhaber critiques the collection as a project of intellectual and political history, and his piece is a part of a larger and eclectically themed Stonewall anniversary series on gay rights in The Atlantic.

You will note that his section on the United States emphasizes the “regress” elements of our current moment, and even granted the real gains in legal protections and positive shifts in public opinion, there is still serious trouble afoot and work to be done.

These recent Stonewall anniversary writings and films kept bringing to my mind Hannah Arendt’s 1944 essay “The Jew as Pariah.”

Among many other threads in this provocative piece, Arendt reminds us that “pariah” status, the “outsider” lens, can be of deep social value:  a generative lens critically alert to the flaws and problems of social norms and power dynamics.

She talks about the construction of “pariah experience” in Jewish history, and analyzes the art of Heinrich Heine, Charlie Chapman, and Franz Kafka.  (You will emerge from her essay with a long list of things to read…)

More briefly, but with a somber sense of lost possibilities in her own context of 1944, she invokes “The Conscious Pariah” –in the essay this appears in the person of French literary critic and anarchist Bernard Lazare, but Arendt clearly means to expand the scope of her construct.

Arendt does not romanticize the dangers and deprivations of pariah status, but the “conscious pariah,” says Arendt, embraces pariah status as fuel for emancipatory politics and the hard work of procuring rights for all people in the public square. At the same time, the conscious pariah resists very real attacks fueled by ignorance, scapegoat violence, or by those ever-present campaigns of strategic bigotry deliberately set in motion by political players.

Also key for Arendt: the conscious pariah resists all unwanted pressures to surrender their “particular” identities and communities in order to assimilate or gain basic rights that they already are entitled to, civil and human rights that should not need to be “bequeathed” by others.  This is itself a longstanding and complex topic in human rights activism and law, and one very much on the table today in various ways across the world, especially for ethnic and religious minorities and refugees.

The 50th anniversary of Stonewall, the taking to the streets of people who have had enough, reminds us that conscious pariahs, and the pariah lens, remain necessary in a time when we see renewed scanning for scapegoats across the globe, and when all kinds of “morality police” will use some aspects of “the law” as a hammer against human freedom.

Given her own pariah experience, Arendt was also keenly aware of the perils facing refugees, the perpetual risks of social implosion and social violence against targeted “outsiders.”  She says of her “today” in 1944: “…a man can be driven at any moment from the streets and broad places once open to all….”

Arendt was also keenly aware of the ways that “law” and “law and order” can be evoked for resolutely unjust purposes and ends.

There is a striking moment at the very end of the film Stonewall Uprising, where one of the now aged police officers who was at Stonewall is reflecting critically upon his own actions and the actions of his fellow officers during those raids and the uprising:

“[The people in the street that night] were kids, and you knew you could ruin them for life… and you felt bad that you were part of this, when you knew they broke the law. But what kind of law was that?”

“What kind of law was that?”

One Reply to “The Gay as Pariah”